In the 60s, Michel Foucault emphasizing intellectual unties of the Western European cultures had come to the conclusion that scientific and artistic pictures of the world both contribute into the era of thought development. How relevant the dialog of science and art today?

The meetings of scientists and young artists were held in the Institutes’ laboratories – it turned out that in such collaboration it is possible to create a new intellectual and discussion field. This relationship was conceptually designed by LABORATORIA.

In conversations with scientists involving into scientific process, artists discovered new knowledge – the opportunities and consequences of innovative developments in nanotechnology, the coincidence, and distinction of artistic and scientific methods. Thus, scientific language itself became the subject of artists’ interest. (“I don’t understand» by Haim Sokol).

The scientists in turn felt similarity of interests and entered the dialog. Moreover, they participated in the artwork creation that you can see at the exhibition.

Scientists introduced their developments and inspired for the artwork creation (“Signals” by Natasha Zhintsova, “Blue blood” by Ilya Trushevsky), sometimes they commented and even criticized the artists’ ideas (“Eternal life” by Diana Machulina), participated in some of the artworks creation (“This is not Magritte?” by the group MishMash) and even performed as co-authors (“Common thinking” by Vladimir Nikishin).

In this collaboration, artists received a unique opportunity to be involved in scientific process and to contribute to an esthetic understanding of science and the principles of mathematical thinking (“Vertical lines” by Arseny Zhilyaev, “Big bang” by Igor Bitman). Artists also discussed esthetical questions of scientific achievements and run their research (“+/-“ by Dasha Buyun and Dima Stepanov, “Cartesian portrait. Anamnesis” by Haim Sokol).

❷ Blue Blood
Artificial blue blood comes in turn for sublime symbol – red blood. Blood flows from emotionally sensual form to conceptual form. It doesn’t come from romantic novels it comes from the other world where everything is sterile, cold and rational.
current

In the basis of this artwork from one side it is the research of defects… and from another side it is the esthetic comprehension of micro-world. The pictures were made with the help of optical microscopes Univar, Polivar-Met with magnification from 100 to 2000 in the mode of interference contrast.

Artistic view of science can be a parallel view that is able not only to build communication with the society but also to stimulate fruitful scientific research. Science gives art a chance to be relevant beyond its own territory.

❷ From the series Common thinking, 2007. (In collaboration with a scientist Vladimir Vdovin)
In the basis of this artwork from one side it is the research of defects… and from another side it is the esthetic comprehension of micro-world. The pictures were made with the help of optical microscopes Univar, Polivar-Met with magnification from 100 to 2000 in the mode of interference contrast.

❷ + / –
Sometimes artist puts himself into a position that is very close the scientist’s ideology and scientist, in turn, feels like to be an artist. As a result of such collaboration, a new type of experience appears – artistic-scientific. For this dialog, Roma Sakin created a monument – an interactive sculpture “December 19, 2007. Scientists and artists’ first meeting”.

“Experiment 1” is the beginning of series of experiences and discussions with the scientists and artists will proceed in the mode of “Scientific Councils”. This will be the main activity and dedication of our LABORATORIA. 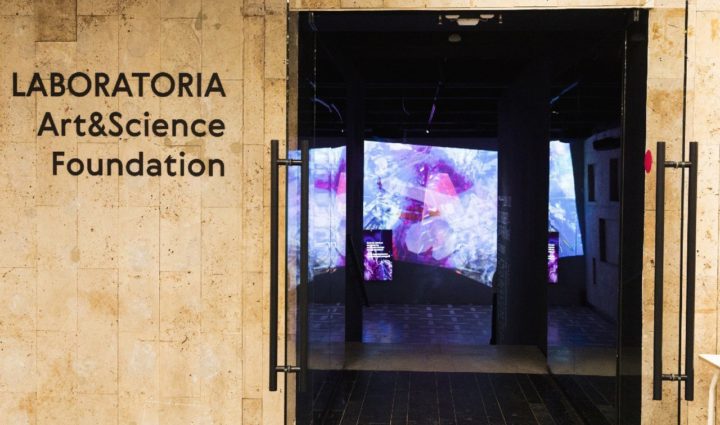 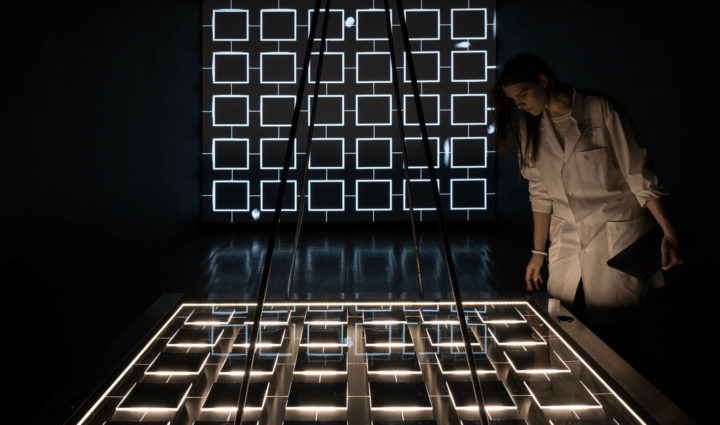 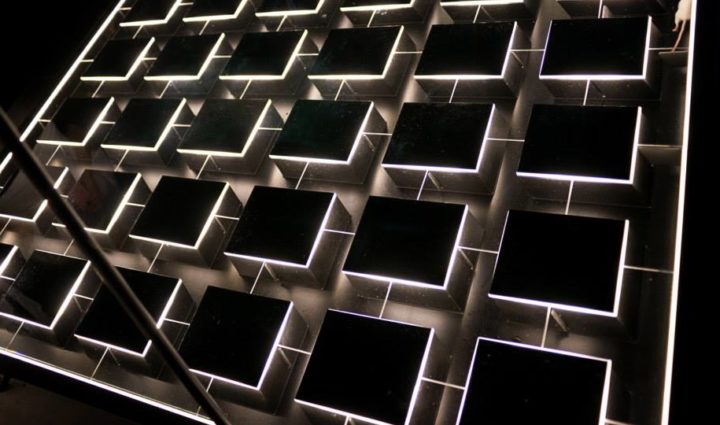 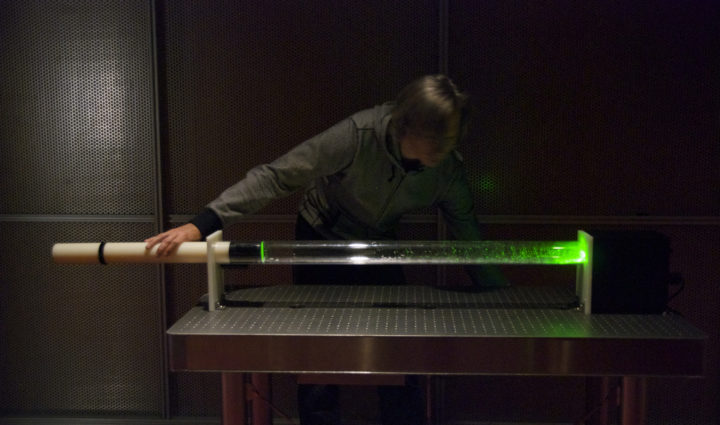 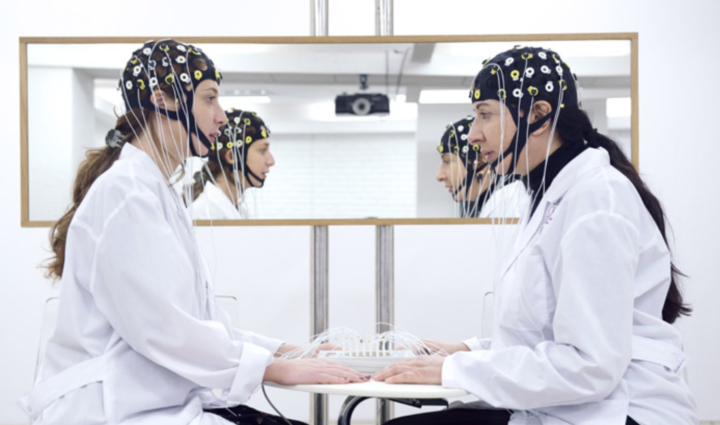